The collection of the Museum of Byzantine Culture numbers more than 46,000 ancient (until 1830) movable monuments and works of modern and contemporary art, which date from the 2nd up to the 20th century. Mostly composed of the ancient collection initially of the Ephorate of Antiquities of Macedonia and later of the former 9th Ephorate of Byzantine Antiquities, part of which the Museum formed until 1997. They originate mainly from excavations (systematic or rescue) from collections, confiscations, bequests, donations (from 1958), or were purchased by state funds or private sponsorships. Strictly in numbers, the larger part of the collection consists of coins, stamps and miniature artifacts, followed by sculptures and icons. The artifacts mainly come from Thessaloniki and Macedonia, from churches or other public and private buildings, as well as from the cemeteries. Particularly important are the collections that come from the bequests of Dimitrios Oikonomopoulos and Dori Papastratou, the Museum’s two major donors. The Dori Papastratou collection of engravings is one of the most important collections of this kind in the world. Moreover, the Museum has and exhibits the richest collection of funerary mural painting (3rd-8th c.) in Greece and one of the most interesting in the Mediterranean area. Glass vessels of exquisite quality, domestic and imported, bear witness to the commercial contacts in the Mediterranean area. Of particular importance is the collection of icons, which includes unique works of major painters of the 16th-17th c., but also masterpieces of the Palaiologan painting of the 14th century. Although limited in number, the collection of manuscripts includes a series of parchments codices of utmost historical, paleographic and artistic value. A series of rare textiles and clothing of the early Byzantine period, originating in Egypt, are long-term loans from the Benaki Museum. The collection of modern and contempory works of art comprises works by Spyros Papaloukas, Polykleitos Rengos and Nikos Alexiou, which were donated to the Museum. Of particular importance are a series of replicas of early Christian funerary murals and mosaics (Rotunda) by the painter Christos Lefakis. The artifacts of the Museum collection travel to temporary exhibitions that are organized both in Greece and abroad. 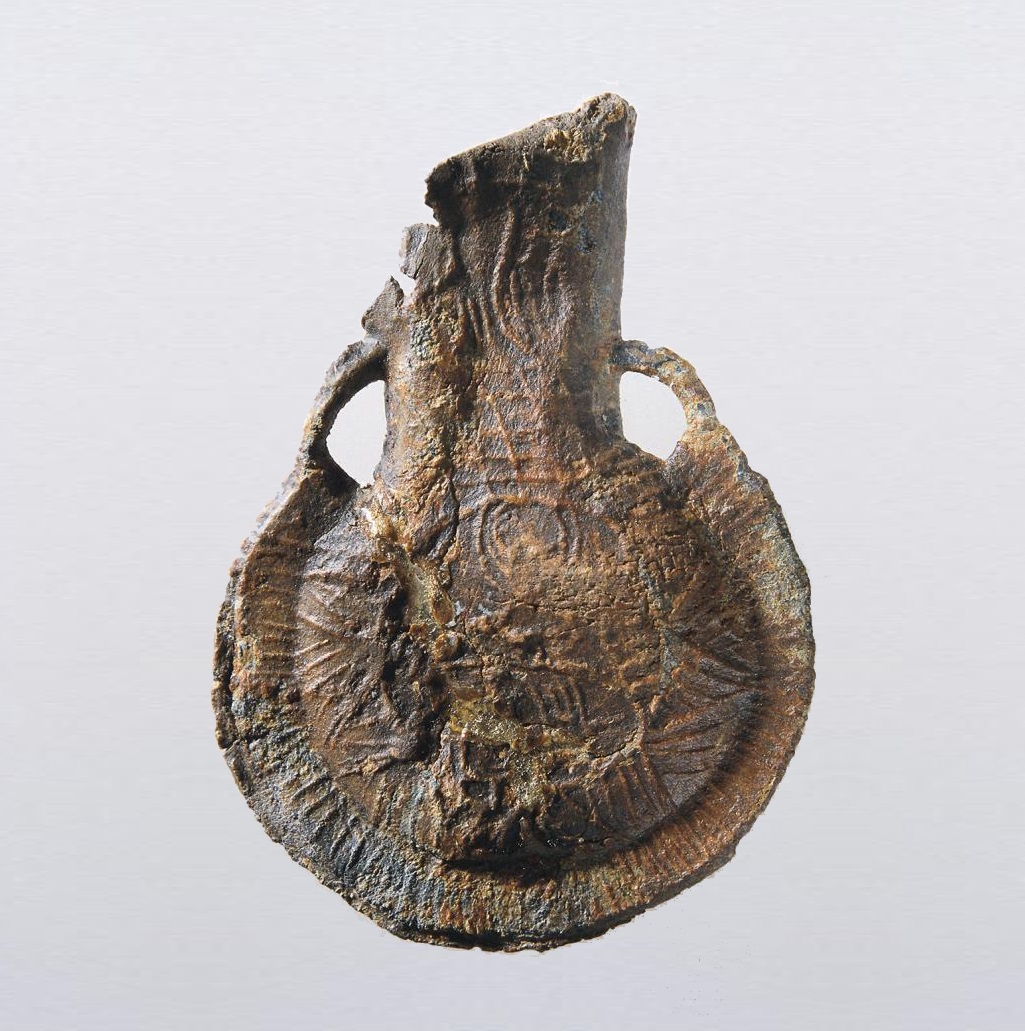 Explore highlights from the Museum collections. 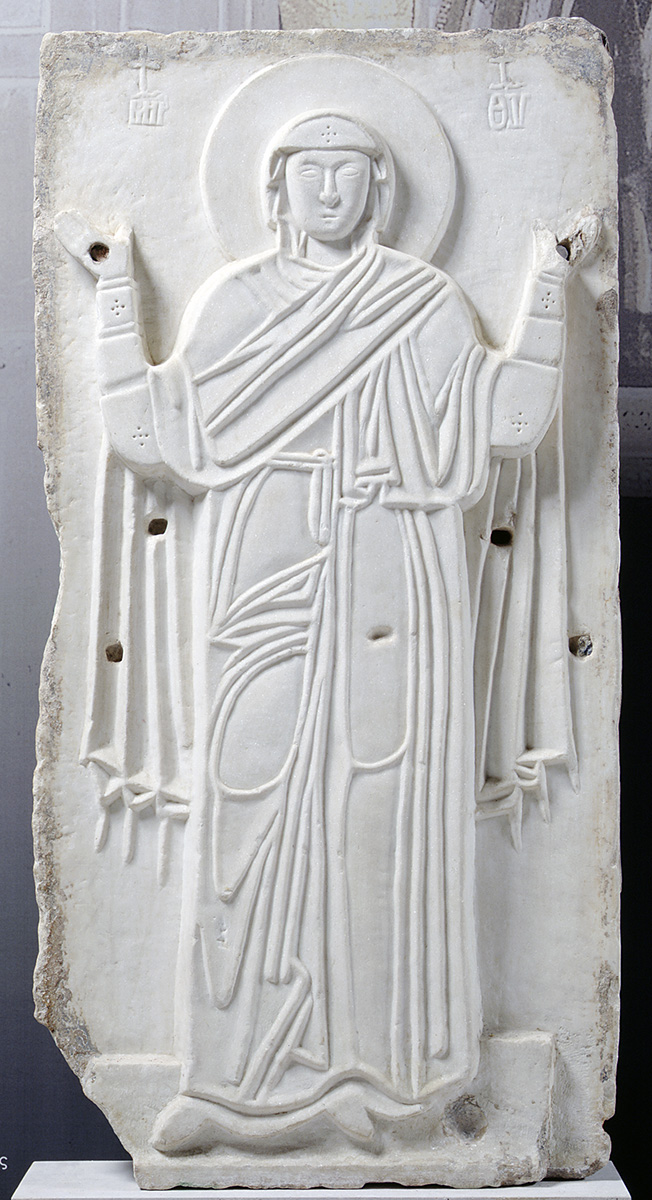 The collection comprises ca. 2,000 objects, which are dated from the 2nd-3rd century A.D. to the 17th century A.D., 120 of which are part of the permanent exhibition of the Museum. Almost all of them were unearthed in Thessaloniki and its surroundings. In the earlier ones, like the table support Christ as Good Shepherd, is visible the vivid connection with Antiquity but also the gradual… 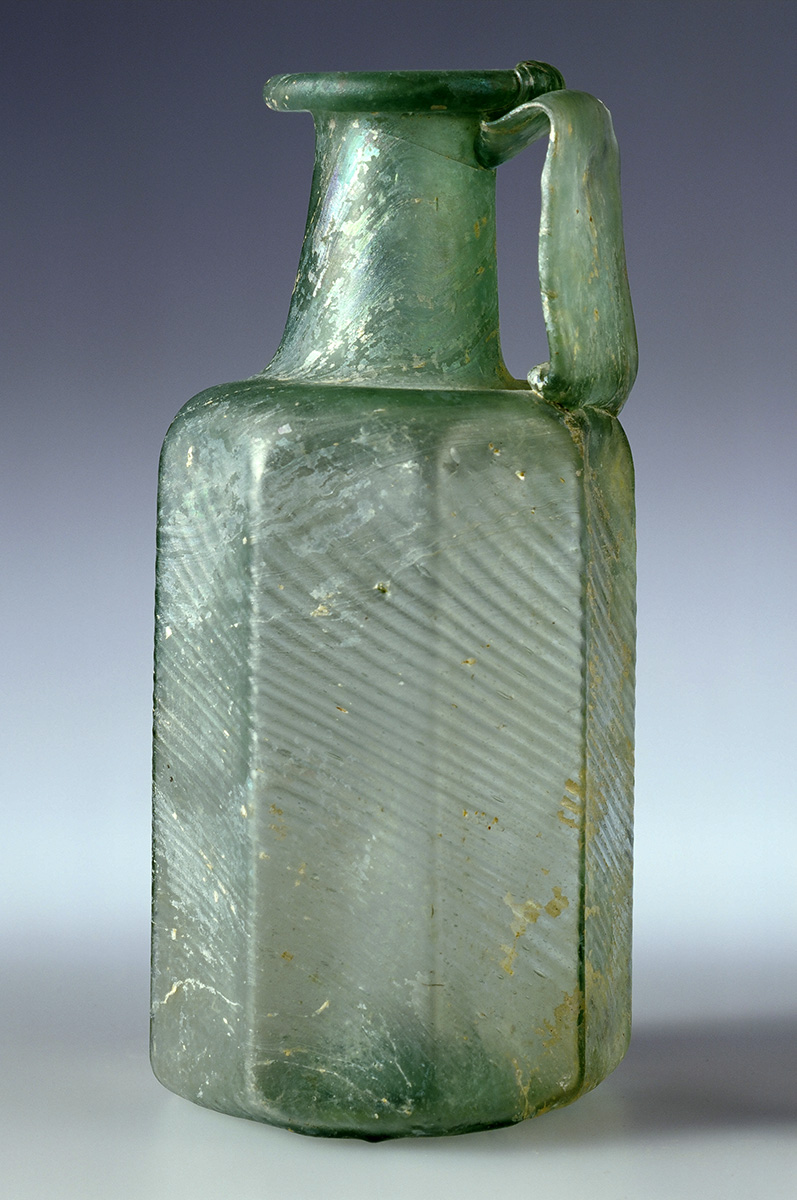 The Museum of Byzantine Culture possesses approximately 1300 registered intact and fragmented glass vessels. They were unearthed in various excavations conducted by the Archaeological Service in Northern Greece and they cover a quite wide period of time. They are dated from the Late Classical period (4th c. B.C.) up to the 20th c. A.D., although the vast majority of them are dated to the late… 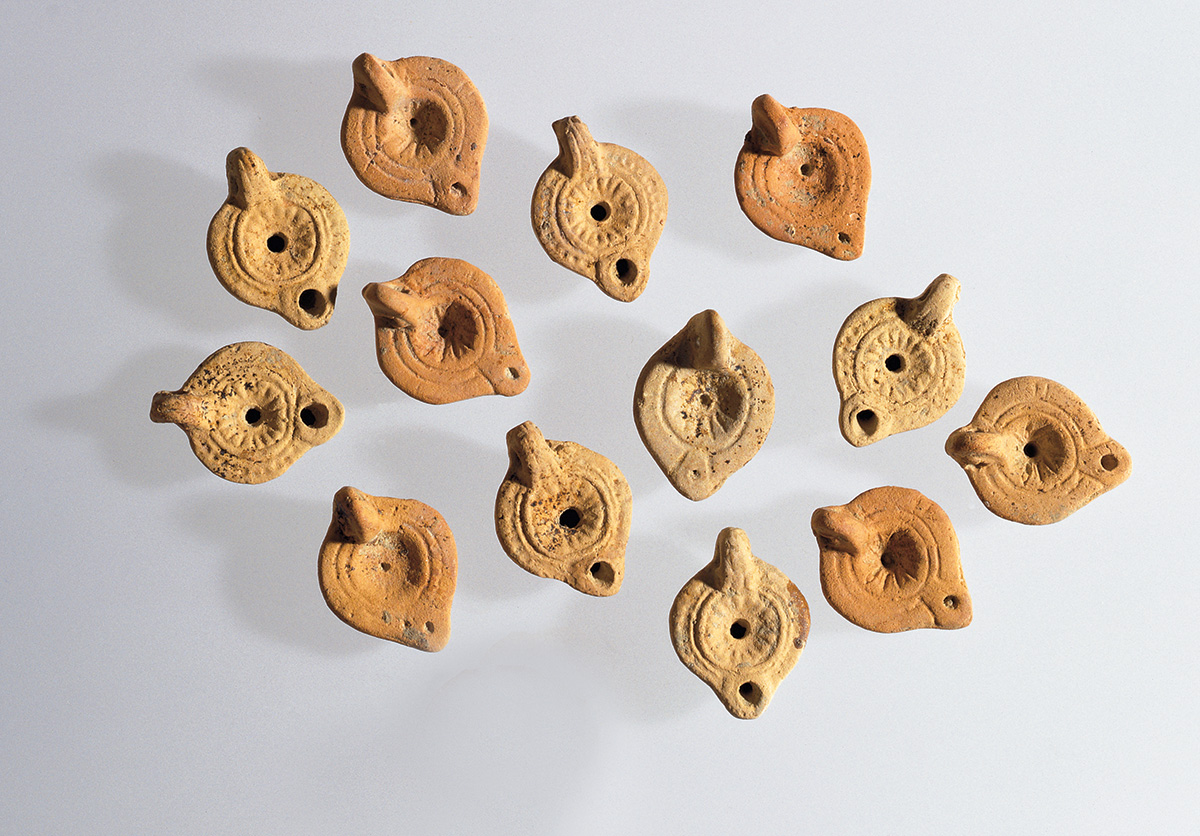 Pottery presents one of the most important and ancient crafts recorded in the mankind history through archaeological finds which characterize the culture of each period. Pottery collection of the Museum of Byzantine Culture comprises hundreds of intact vessels and thousands of shards, which are dated from the Hellenistic period and up to the 20th century. As a whole they are found in excavations in Thessaloniki… 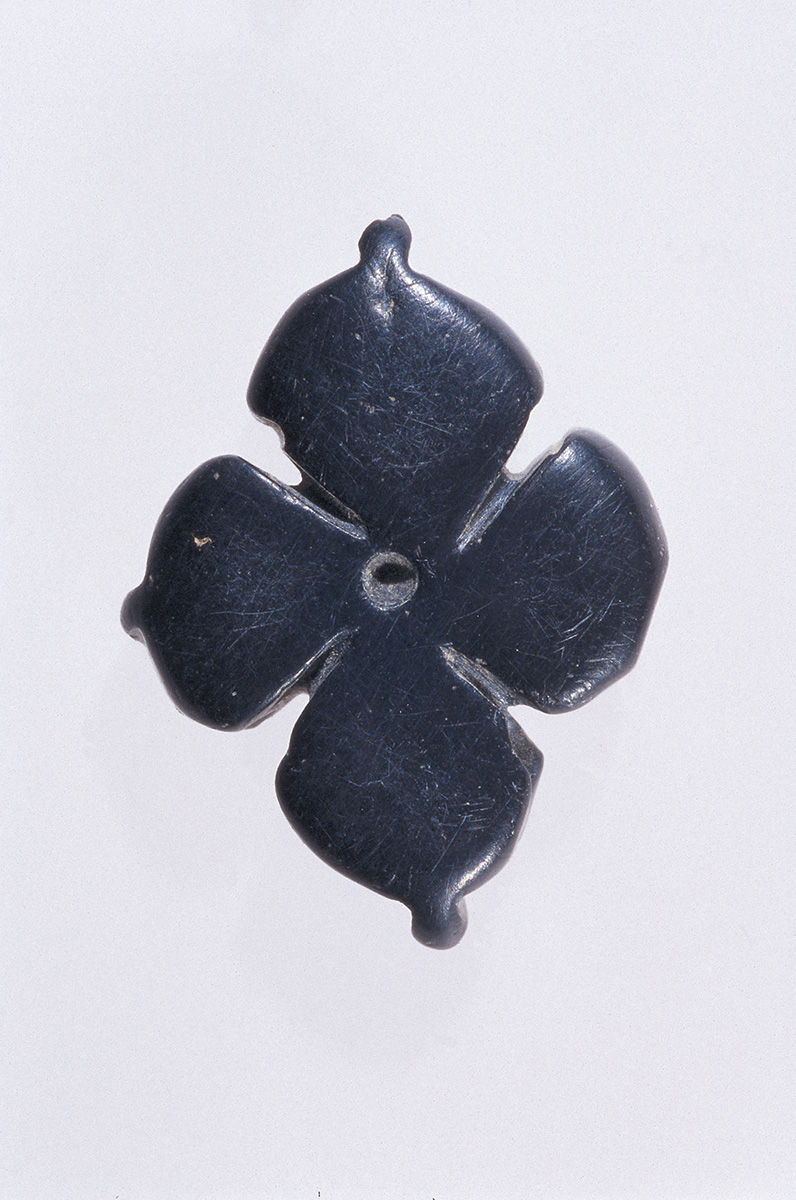 Minor Objects collection of the Museum of Byzantine Culture comprises more than 7000 objects, which were unearthed in Thessaloniki and the wider Macedonian region. Almost all of them are finds from organized excavations of the Archaeological Service, and only few of them are donations or have been confiscated from looters. The collection chronologically covers the period from the Late Roman and Byzantine periods, up to… 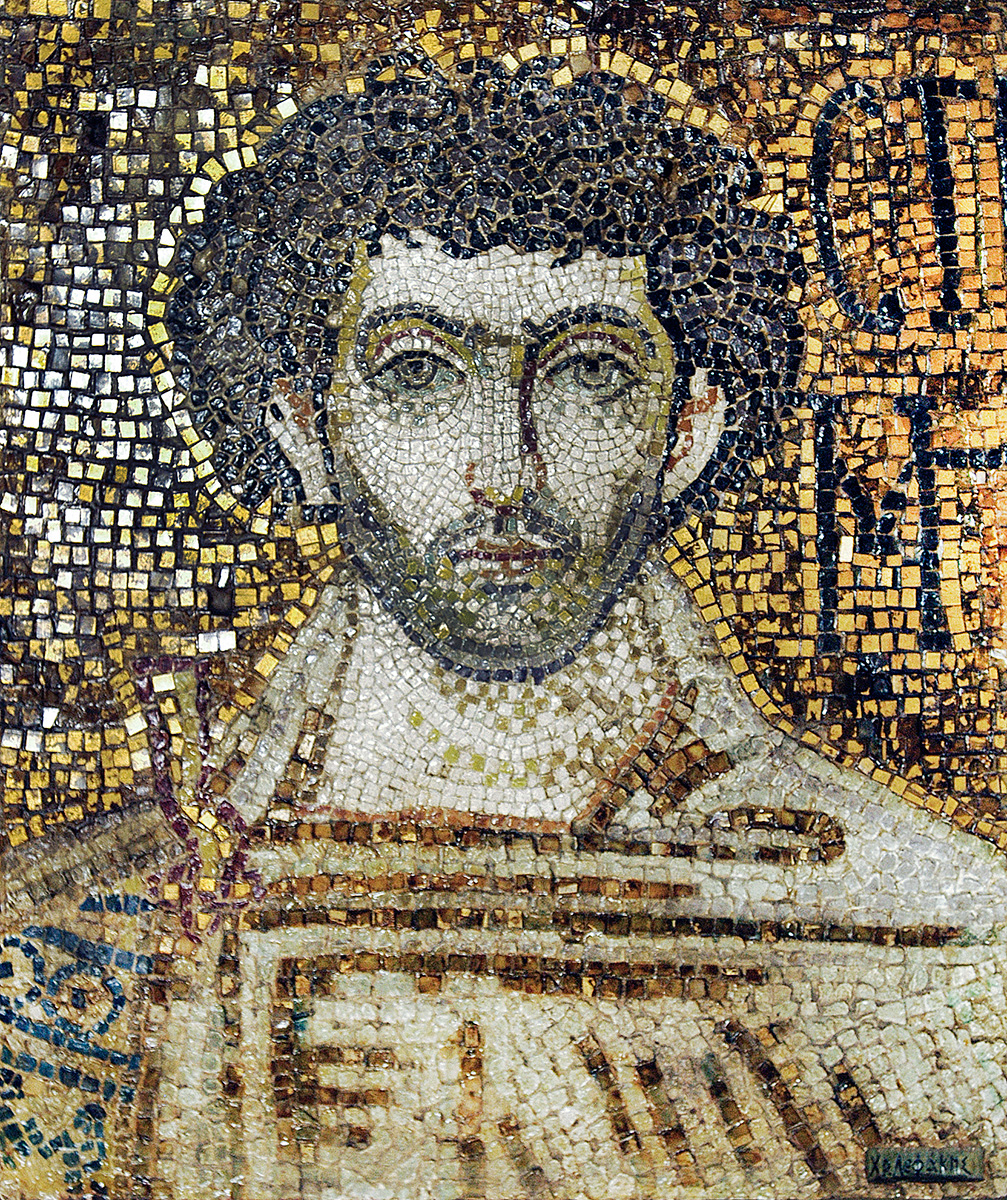 Limited in number but quite interesting, the collection of modern and contemporary artworks of the Museum of Byzantine Culture comprises works of artists that were influenced by Byzantine or Christian Art.

Of special interest is the artwork Horarion by Spyros Papaloukas. The work was donated to the Museum by the artist’s daughter Mina. The work consists of twenty-two (22) oil-paintings on cardboard. In them the… 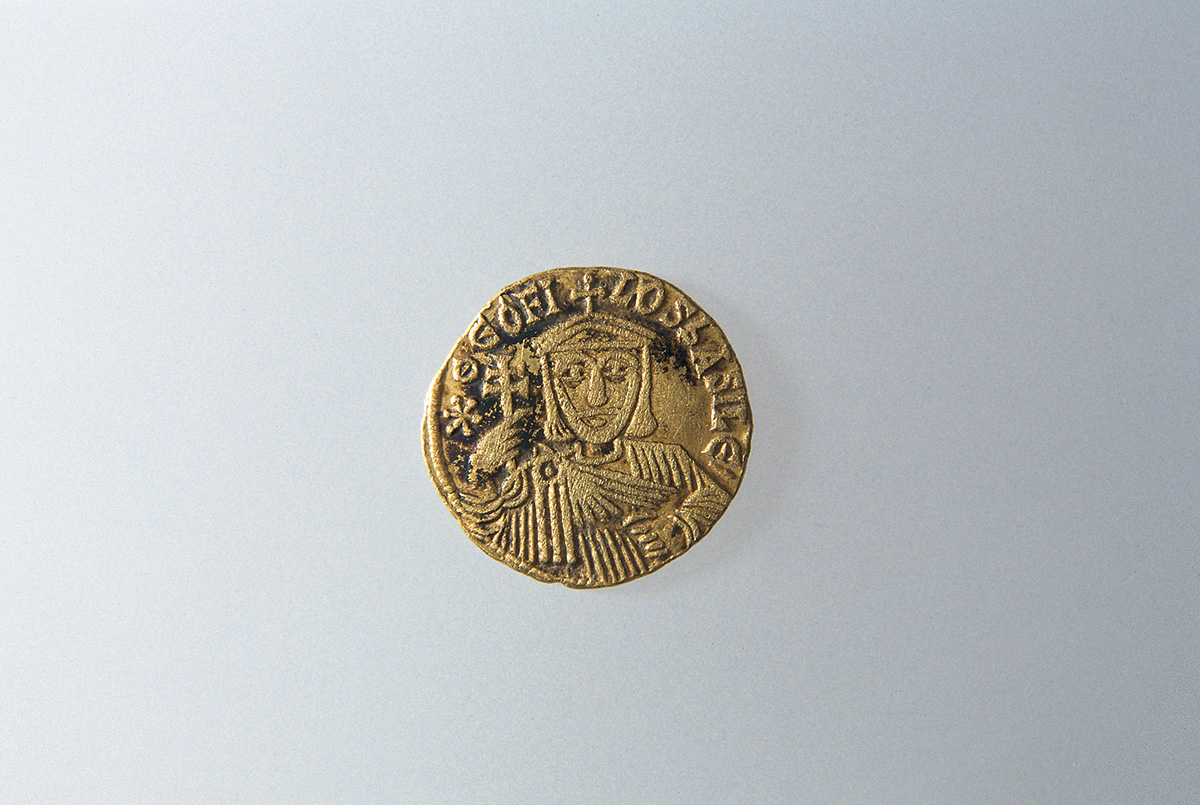 The numismatic collection of the Museum of Byzantine Culture comprises about 30,000 coins, which were unearthed in Thessaloniki, and the wider region of Macedonia. The collection consists of the finds from the excavations conducted by the Ephorate of Antiquities of Macedonia and the 9th Ephorate of Byzantine Antiquities. Chronologically, it covers the period from the late Roman period and throughout the Byzantine Empire, reaching to… 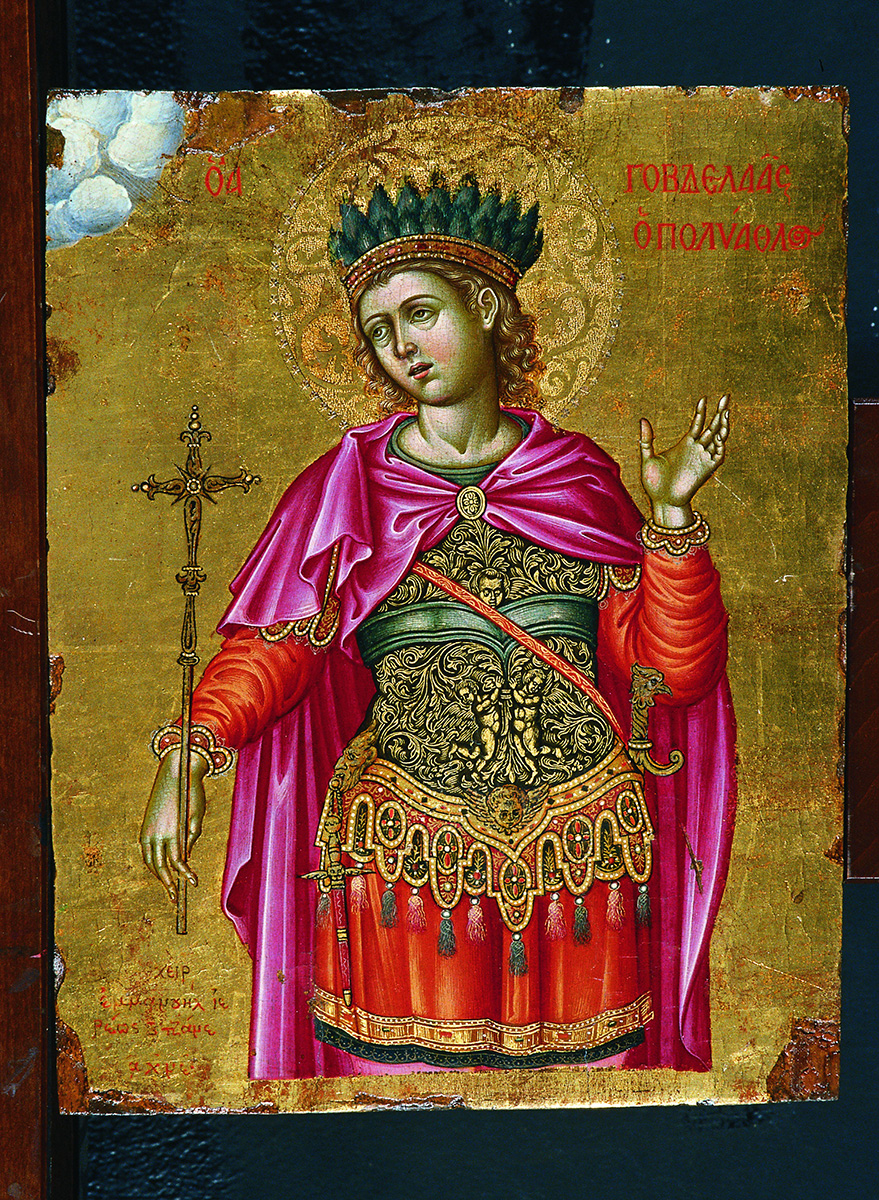 The Museum of Byzantine Culture icon collection is among the most acclaimed public collections of the kind. Although not particularly rich in quantity, it numbers more than 1000 artworks and it maintains a unique character on an international level, as it features celebrated artworks that have been presented in exhibitions in Greece and abroad. The nucleus of the collection consists of 442 icons coming from… 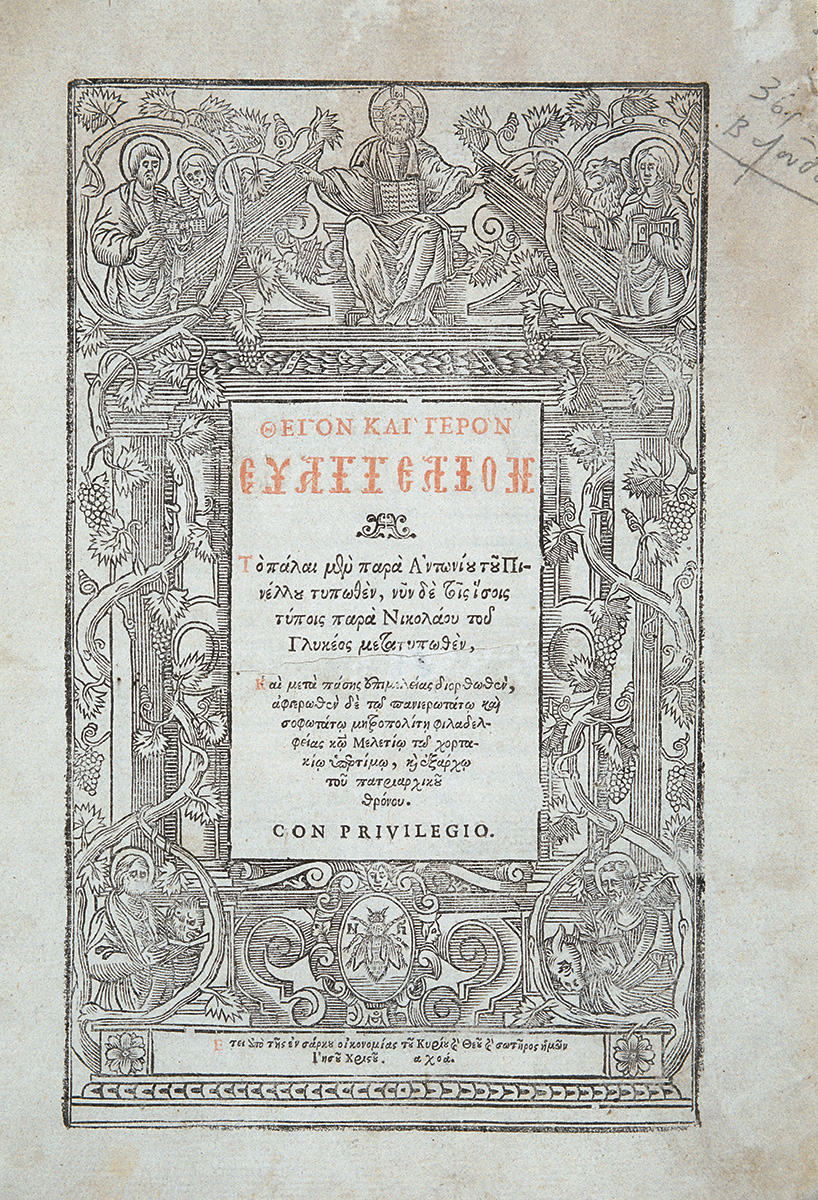 The collection of early printed books of the Museum of Byzantine Culture numbers twenty-two (22) artifacts, whose majority is dated in the 19th and 20th centuries. The larger group constitutes the Gospels. The Greek publication dates back to the 17th and 19th centuries, while there is also a publication of the New Testament in the Karamanlite writing. The collection also includes Russian publications of Four… 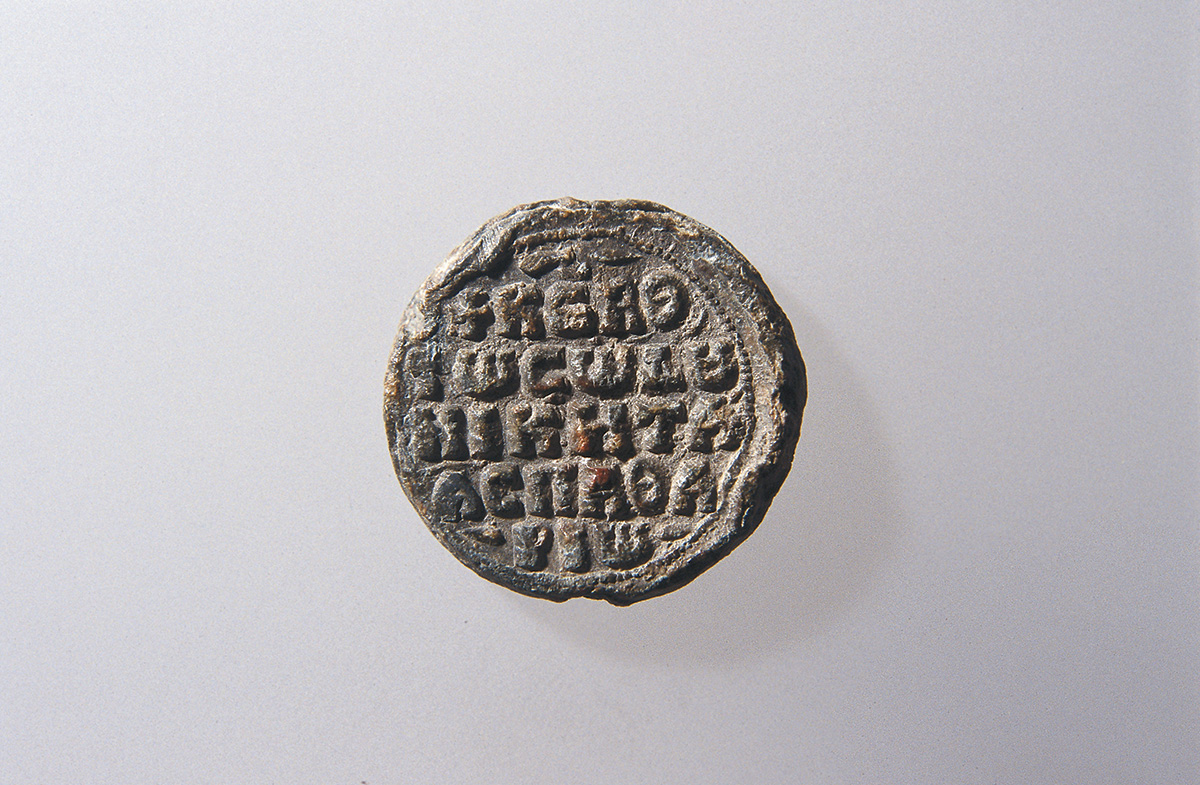 The molyvdoboula or bullae are lead seals used by the Byzantines ensuring confidentiality in their correspondence. They comprise valuable primary historical sources, as they contribute to the study of the administrative system of the Byzantine Empire and the church hierarchy.

The collection of the Museum of Byzantine Culture, small but significant, regards archaeological finds from Thessaloniki, Pieria and Rentina, purchases from the former Zacos collection… 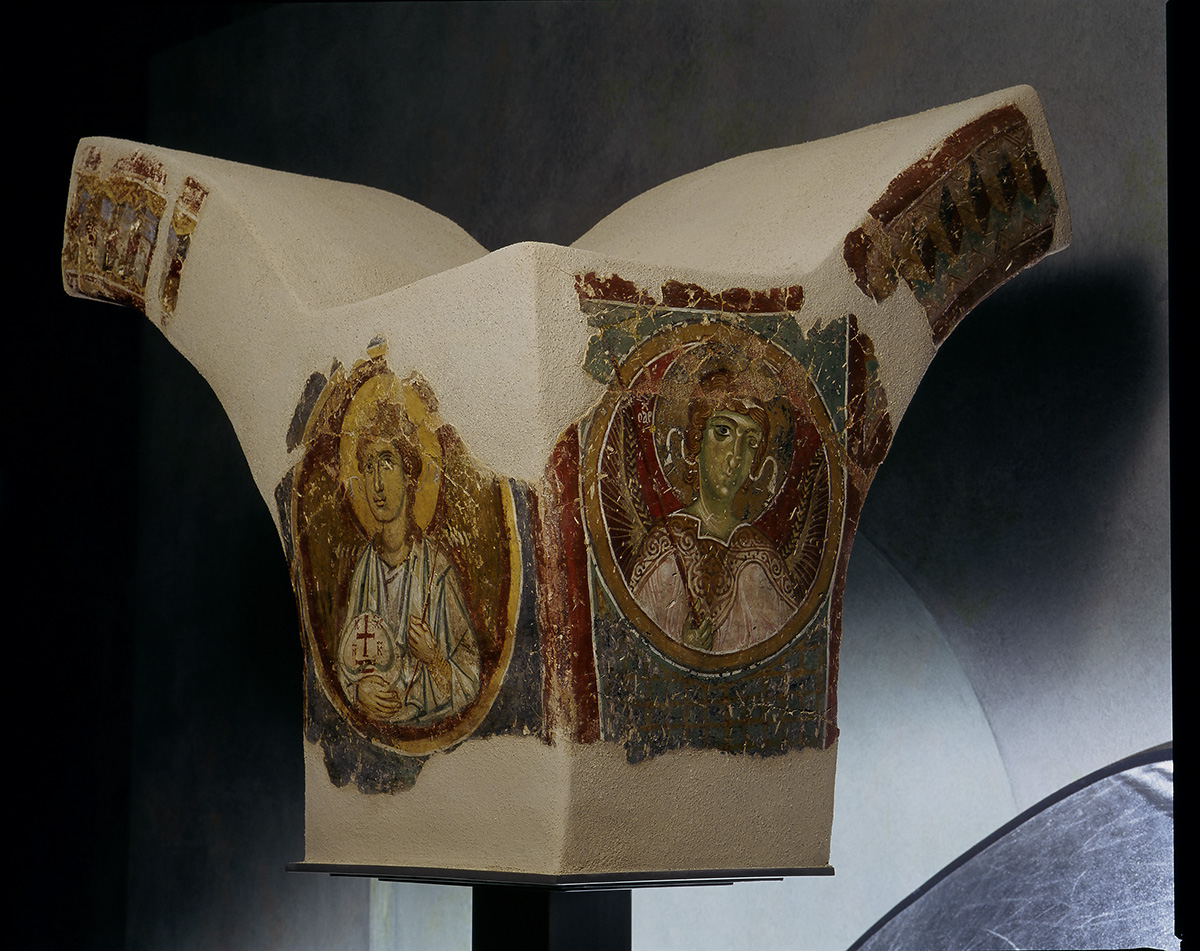 The wall painting collection includes approximately 200 sets, from the 3rd to the 20th century, the vast majority of which come from the decoration of early Christian tombs in Thessaloniki, whose frescoes were detached in recent years.
The Museum of Byzantine Culture therefore has the richest collection of funerary paintings in Greece and one of the most interesting in the Mediterranean, as it represents… 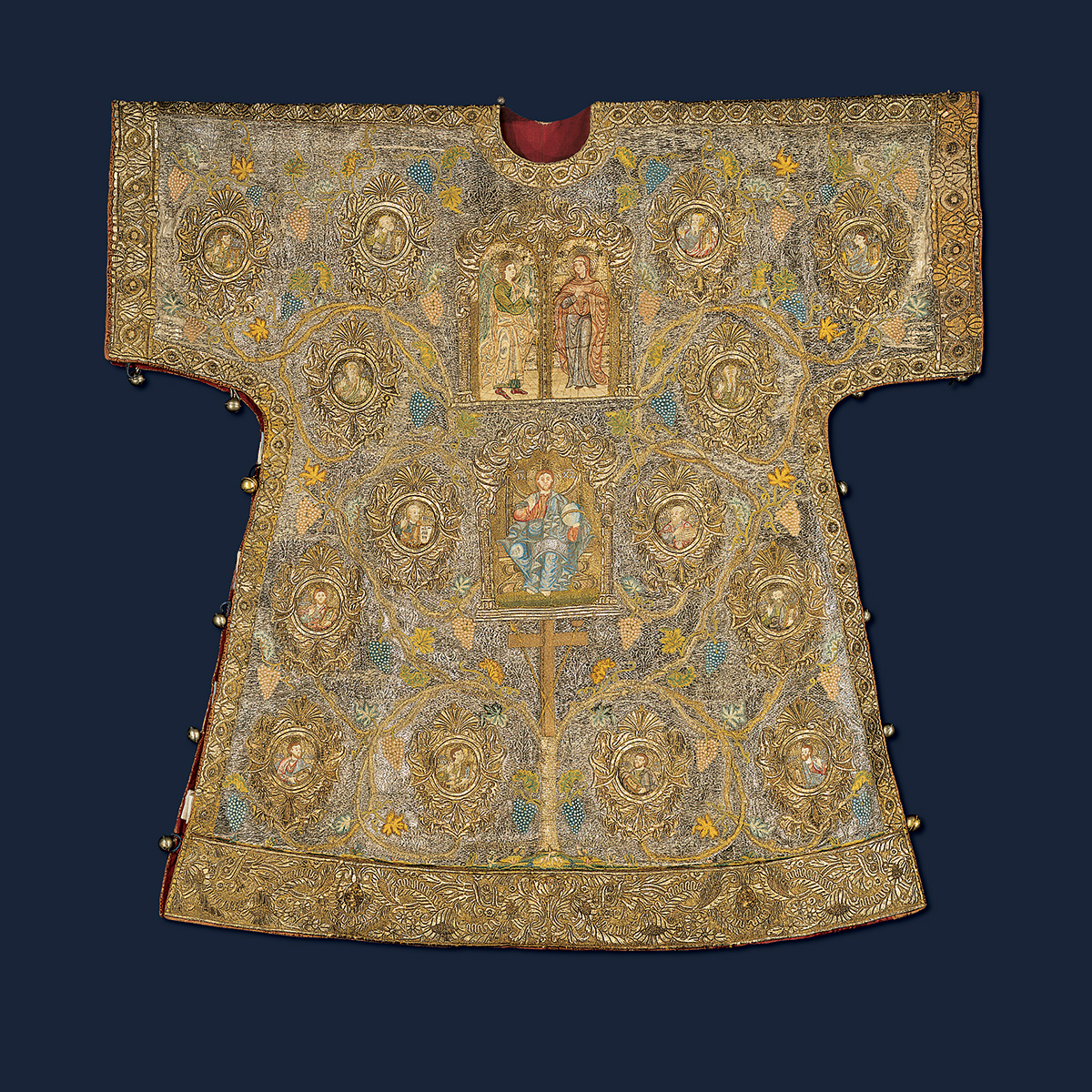 The small in absolute numbers textile collection of the Museum of Byzantine Culture is in fact very remarkable both because of the uniqueness of some of its objects and their diversity, but also because it extends from the 4th to early 19th c. covering the entire Byzantine and Post-Byzantine era. 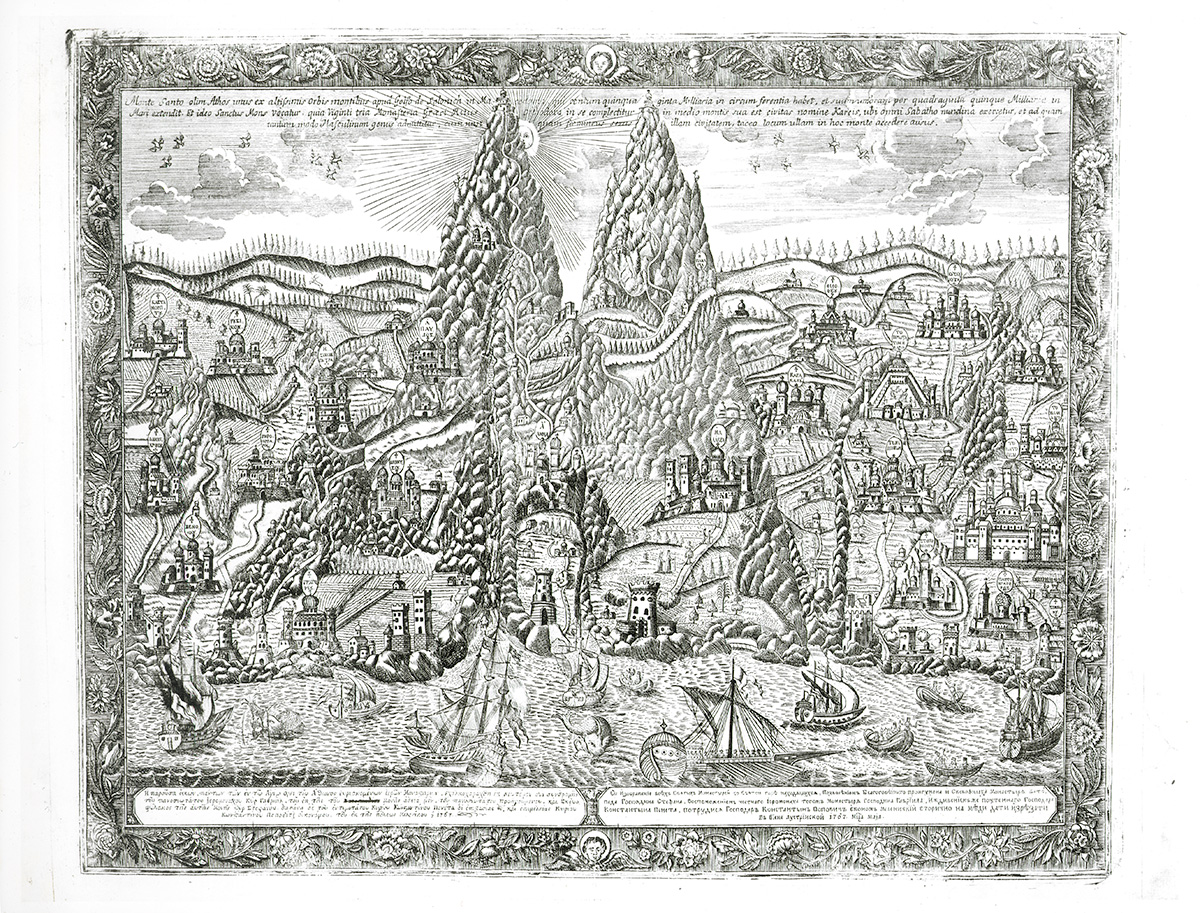 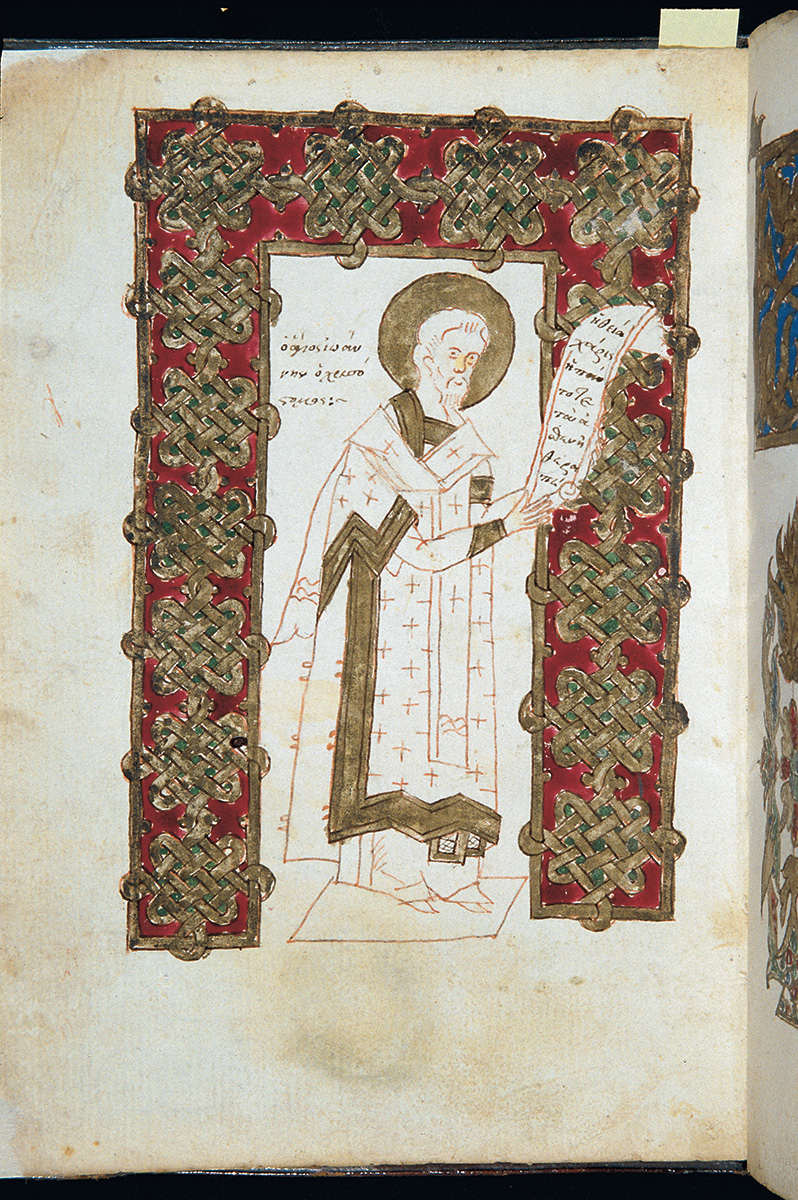 The collection of Greek manuscripts numbers in total twenty-seven (27) artifacts; it is known for several manuscripts in Greek, while it also contains a few foreign artifacts. The manuscripts cover a period from the Early Christian to the Modern periods. The largest group contains codices in parchment, with the Gospel, the most important Christian text. They are distinguished into two categories: first, the Four Gospels,… 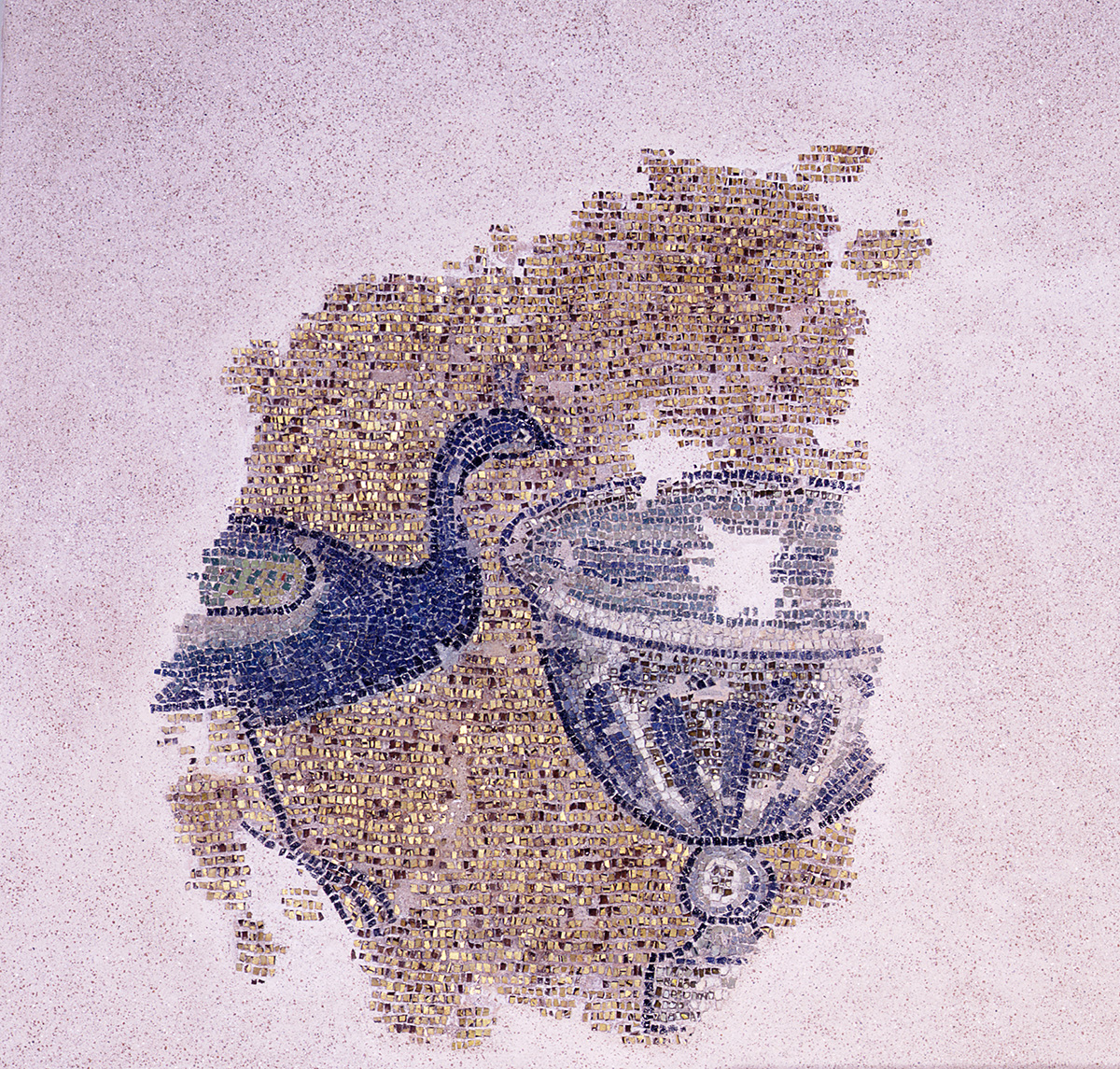 The collection of mosaics includes 70 groups of detached mosaics that adorned the walls and floors of public buildings, churches and residencies. Most of them were found in salvage excavations of Thessaloniki, dating from the 4th to the 7th century.

The oldest set (early 4th cent.) was found in the Galerian palatial complex of Thessaloniki. These floors bear monochrome, geometric decoration, showing that the Roman,…