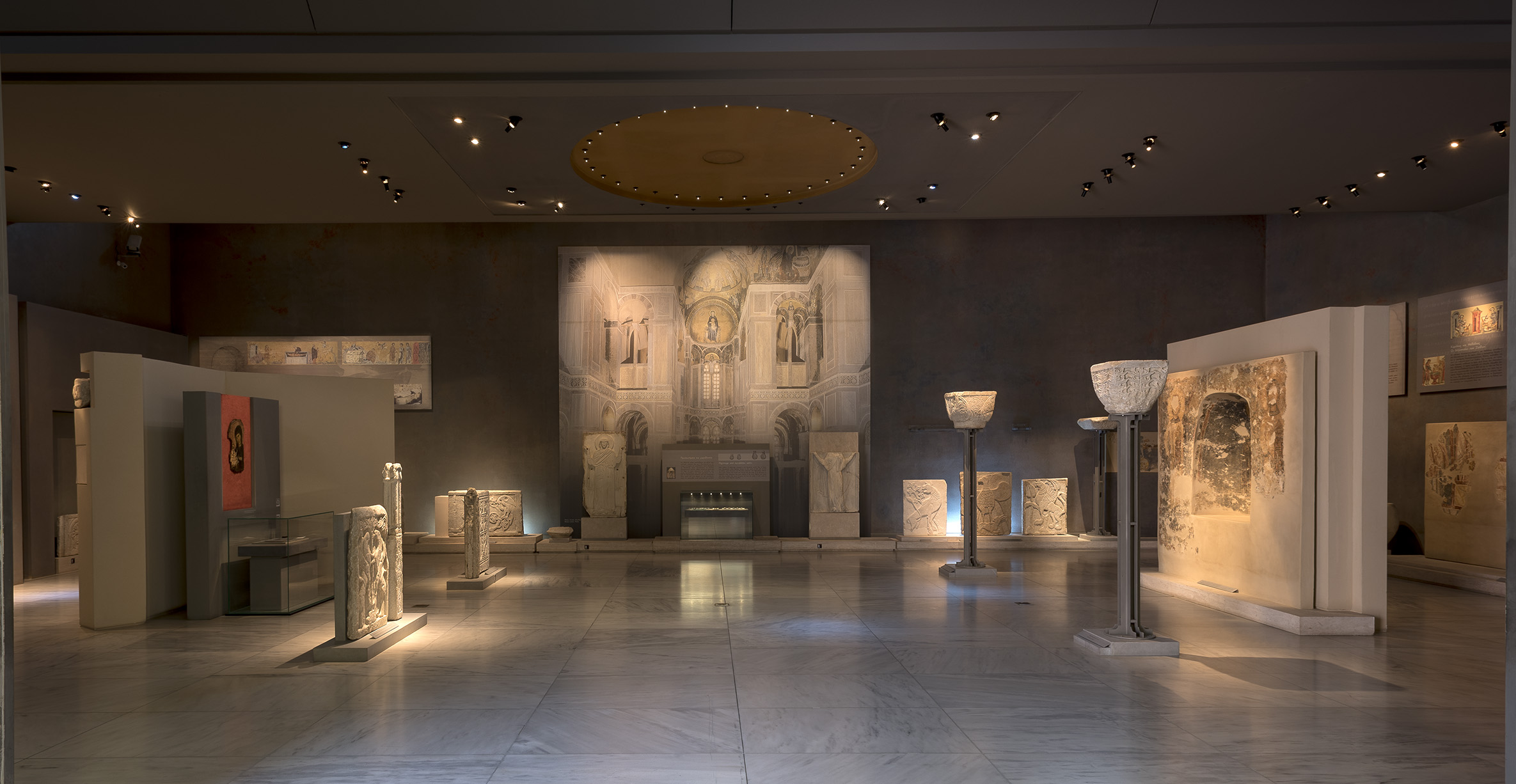 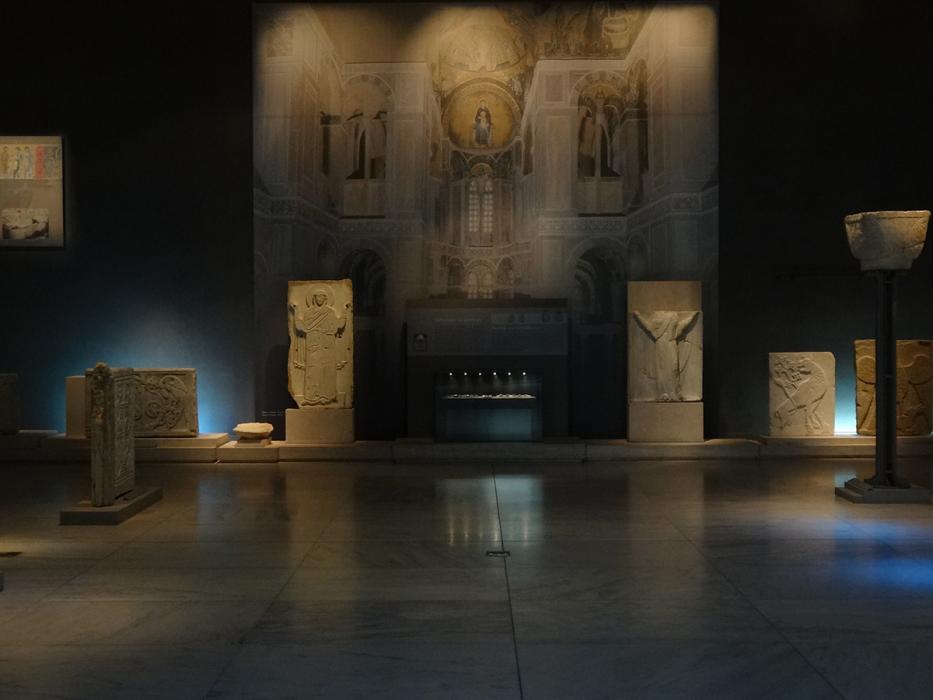 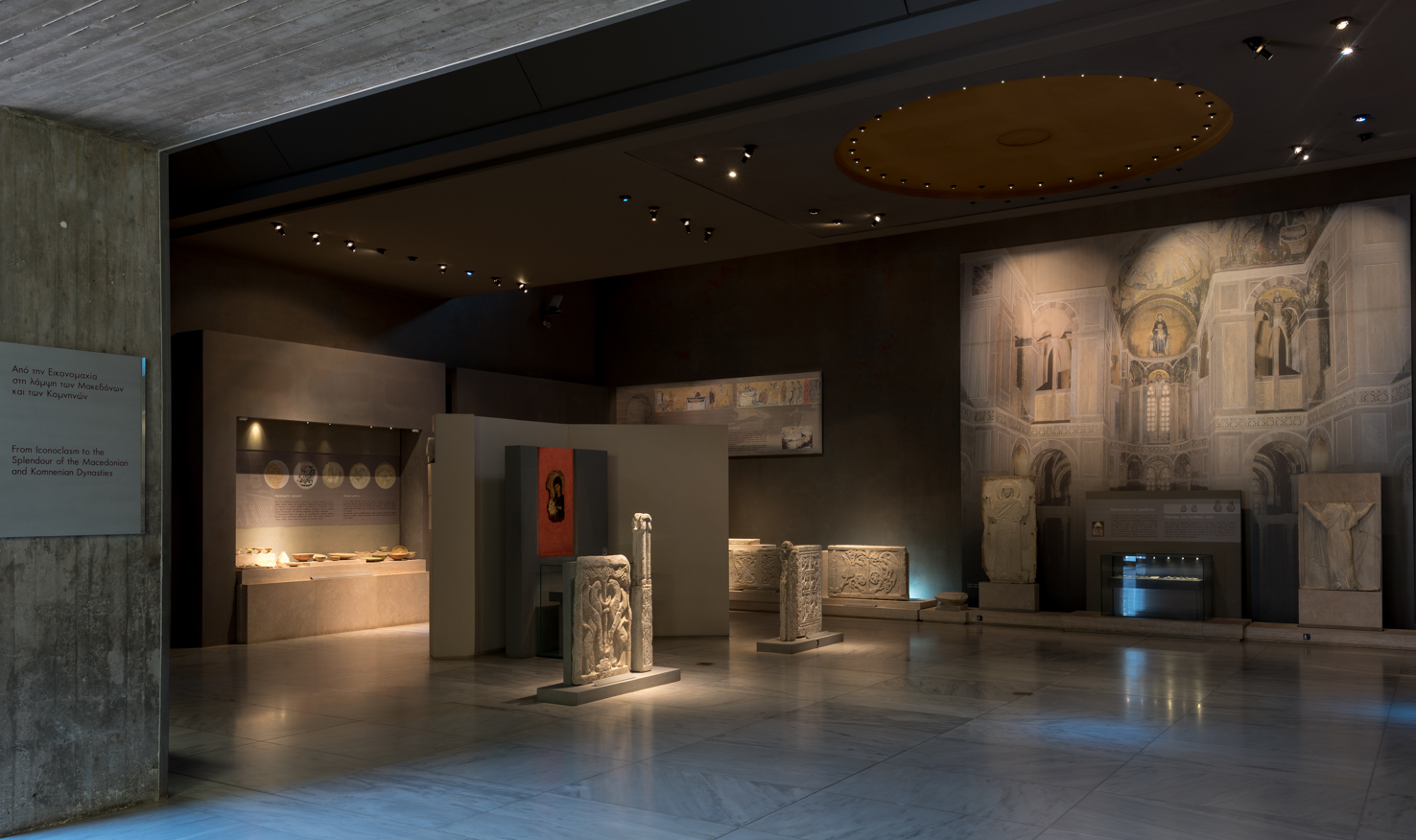 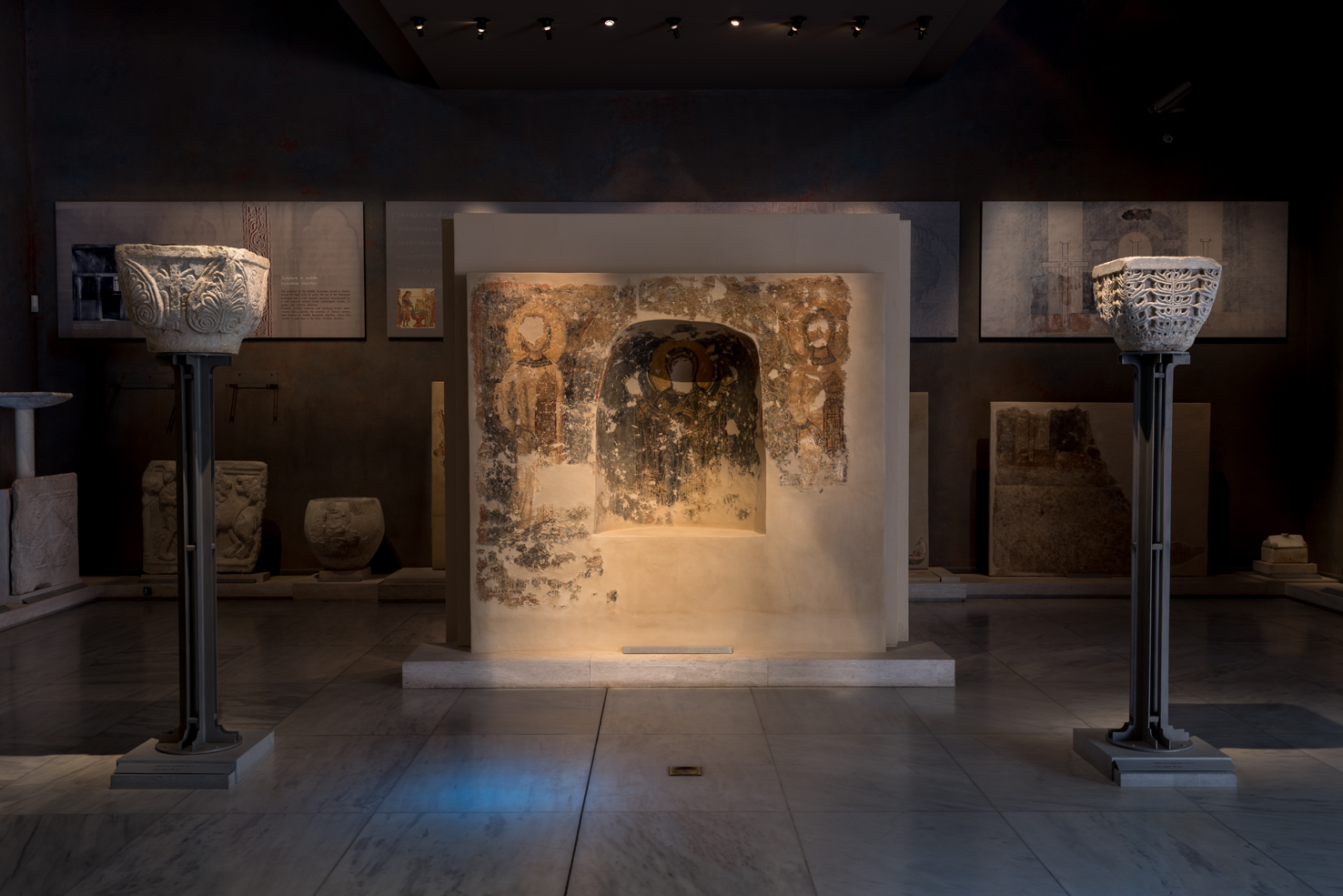 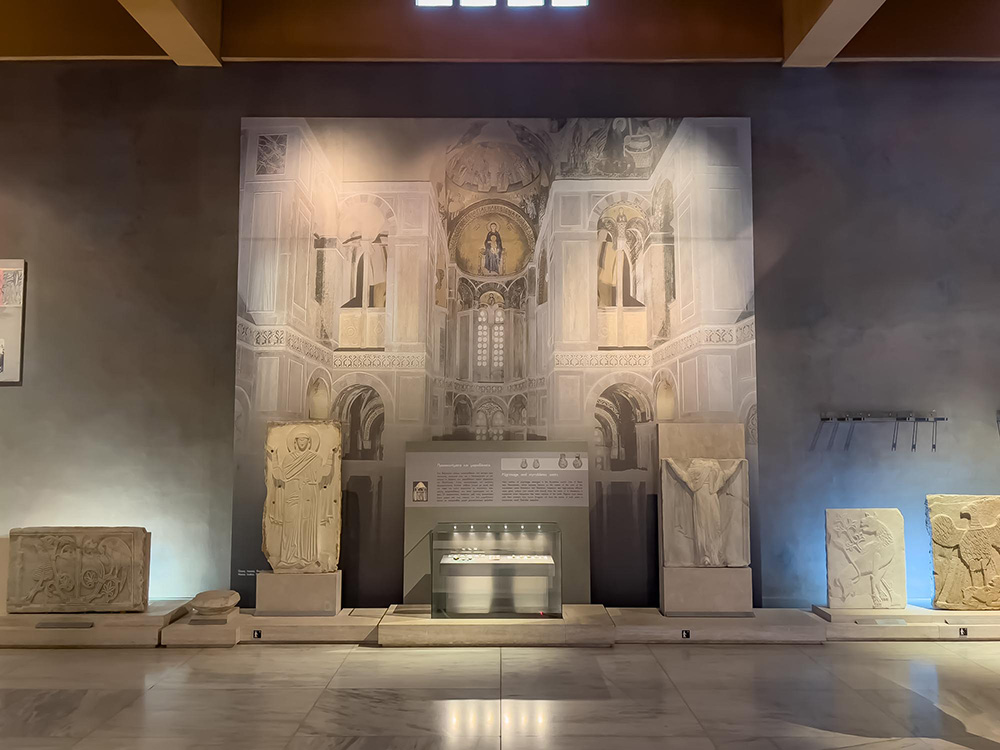 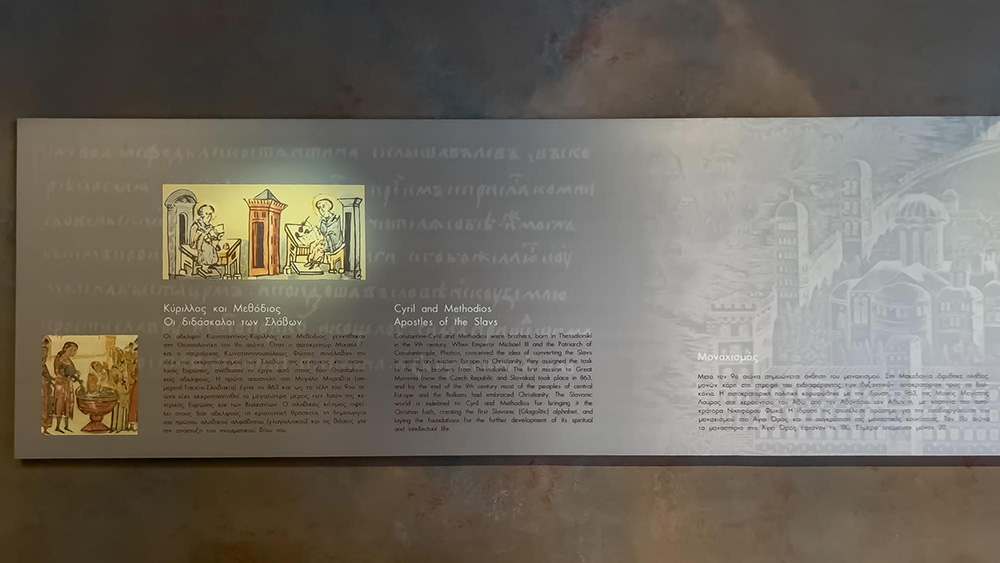 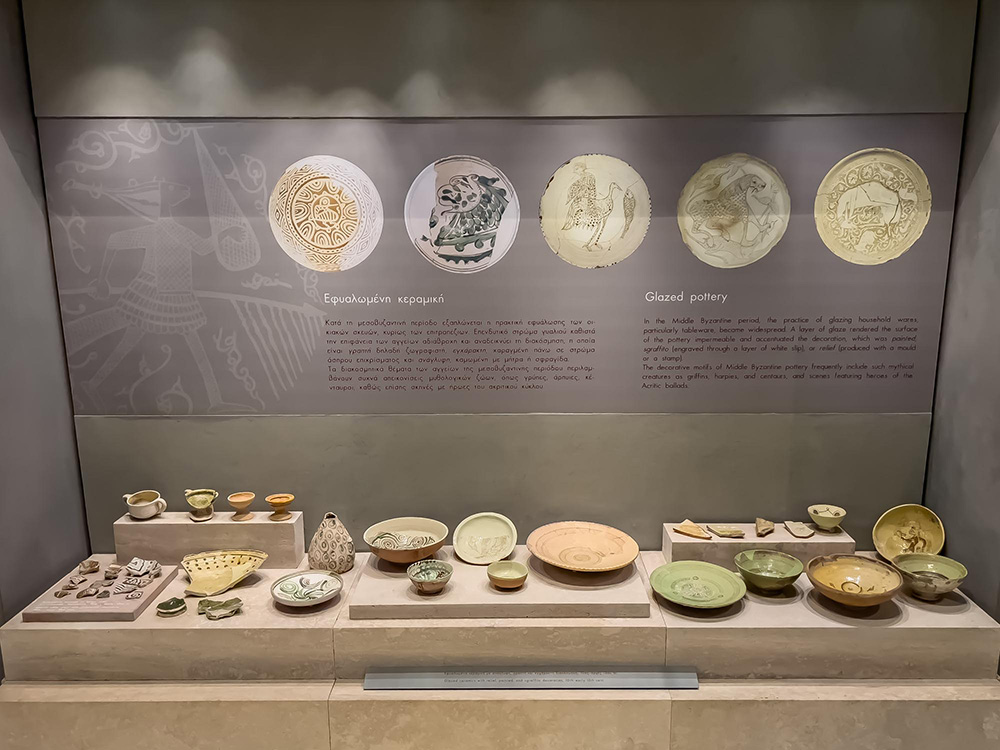 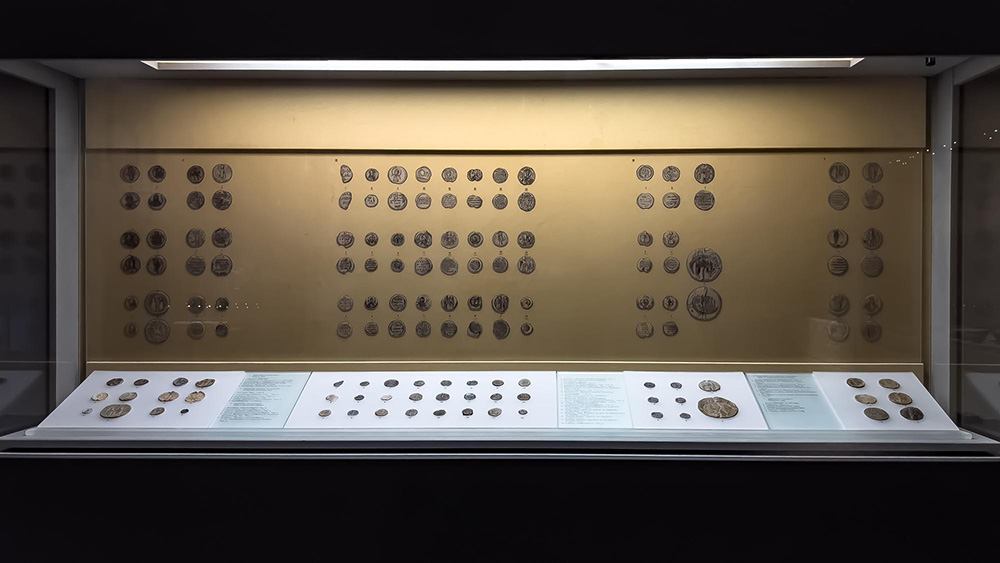 Opened on November 10th, 2000, the fourth gallery illustrates the period between the 8th and the 12th centuries. During this period, the large Early Christian cities gradually shrank in size or were abandoned, owing to the economic crisis provoked by enemy invasions, epidemics, and earthquakes. In their place there appeared fortified towns in the form of castles. Marked by the end of Iconoclasm with the Triumph of Orthodoxy in 843 and the reestablishment of the Byzantine dominance in the eastern and southern Balkans, the 9th century signals the beginning of a new era, the so-called middle Byzantine period. What characterizes the era is the revival of letters and art, the Greek education, the Byzantine humanism and the ecumenical idea of Byzantium which at the time had a crucial cultural and political impact on the then known world and especially the Balkans.

In the exhibition, archaeological material, labels, and wall panels illustrate and comment on such subjects as Iconoclasm, the architecture (the new architectural types of churches, namely the octagonal and especially the cross-in-square plan, which expresses the new theology through the establishment of the iconographical program), the painting, and the sculpture of Middle Byzantine church, monasticism, the conversion of the Slavs to Christianity by Cyril and Methodios, two brothers from Thessaloniki, and generally aspect of public and private life of the era through cemeteries, ceramics, lead seals, coins, and everyday objects such as garments and implements for adornment. 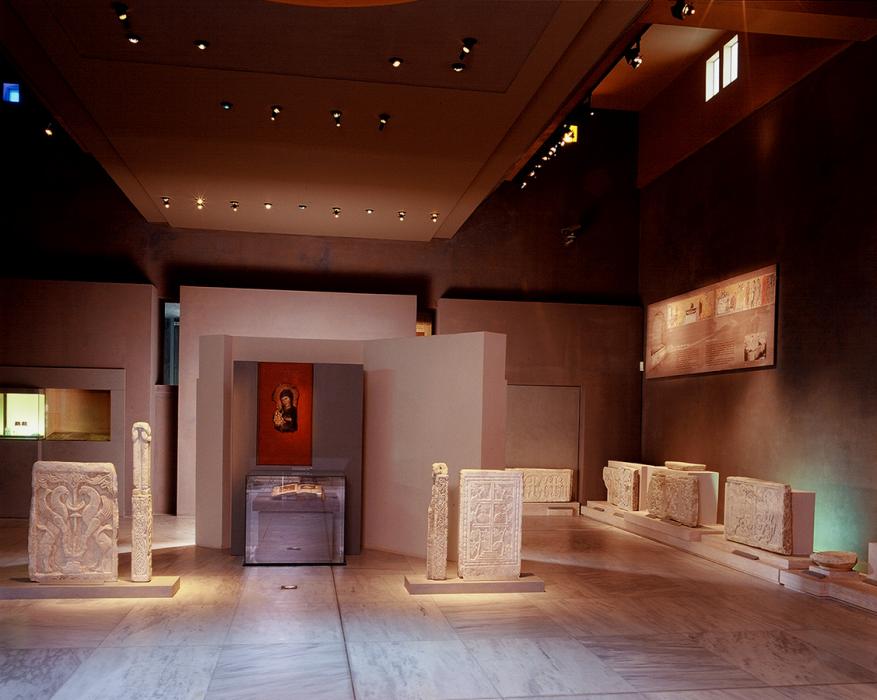 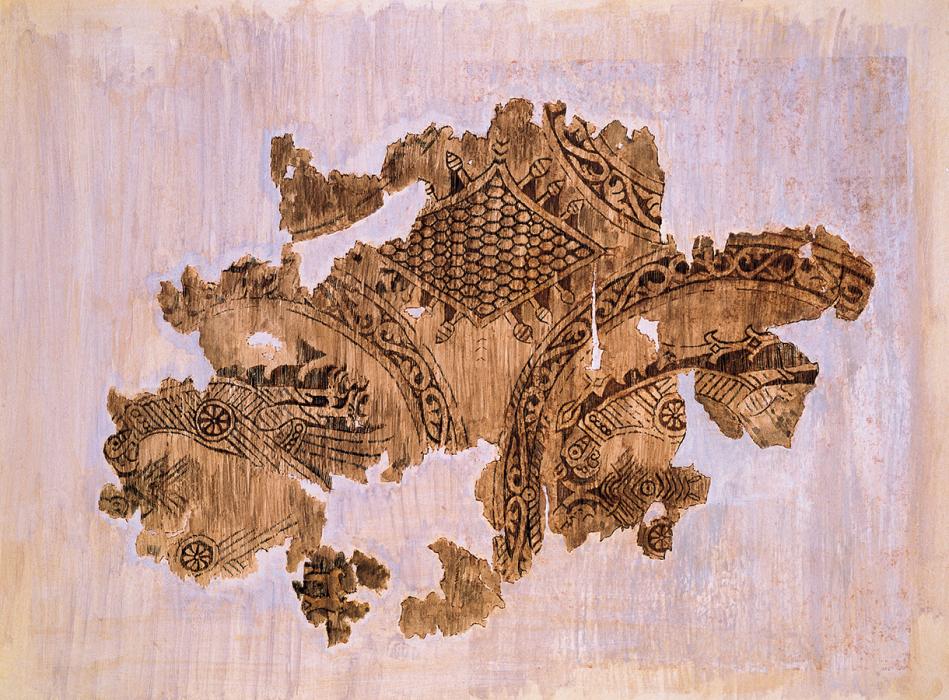 Fragment of silk and gold textile, found in a tomb in the Saint Achillius basilica, on the small island of Lake Prespa. A rare and important archeological find, dated to the 10th-11th c. Its decorative pattern, featuring a series of medallions inside which birds, possibly eagles, are represented, is common in the decoration of the garments of powerful persons of the Byzantine world. 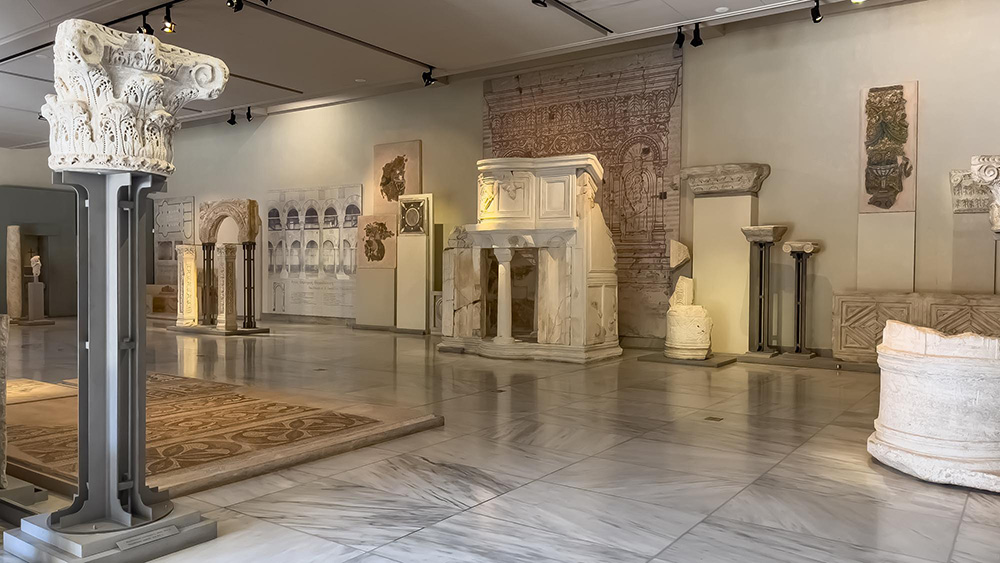 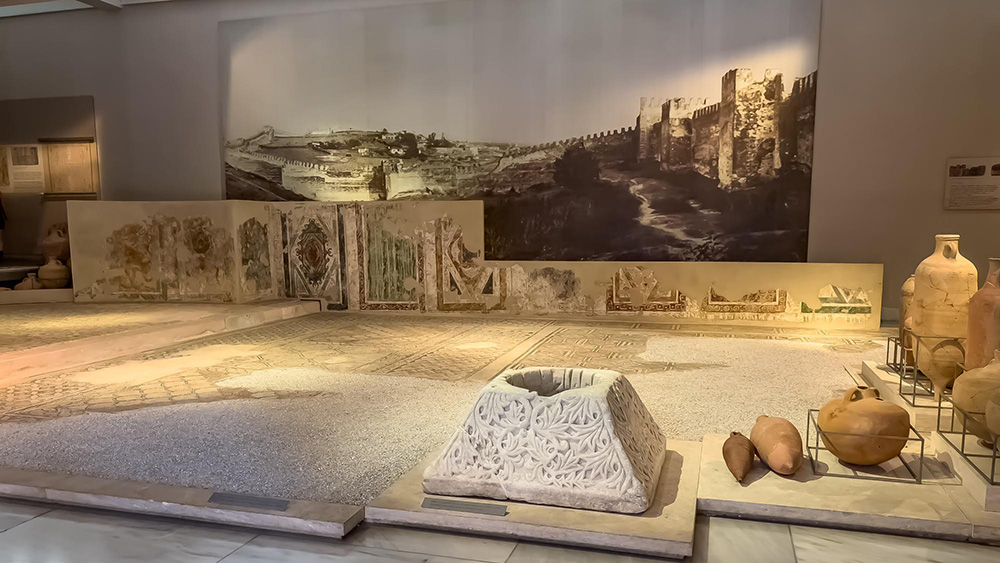 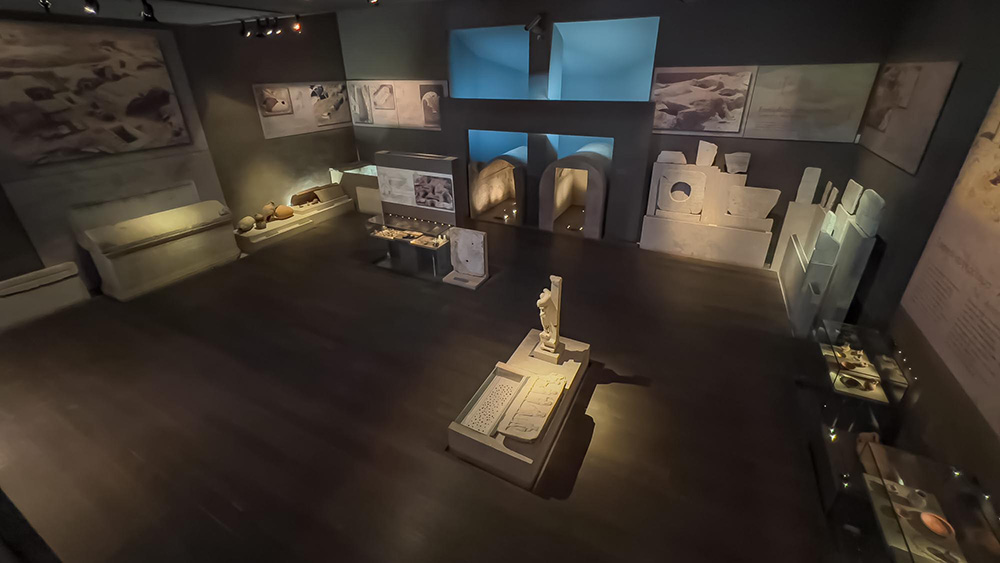 Gallery 3: From the Elysian Fields to the Christian Paradise 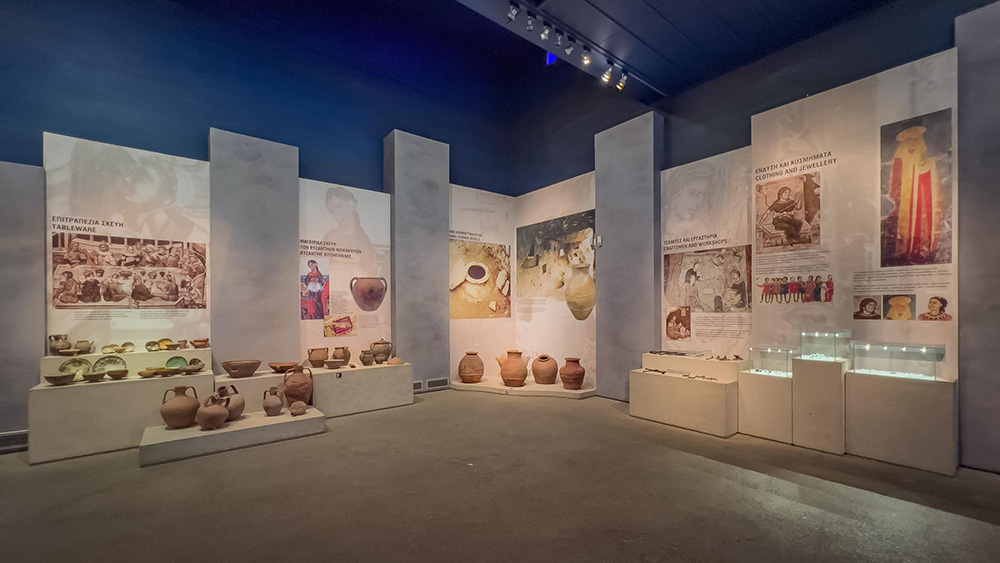 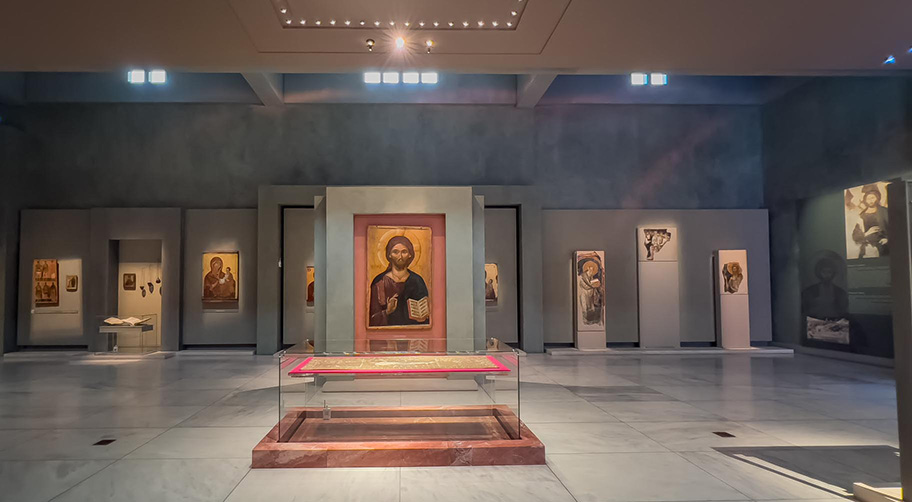 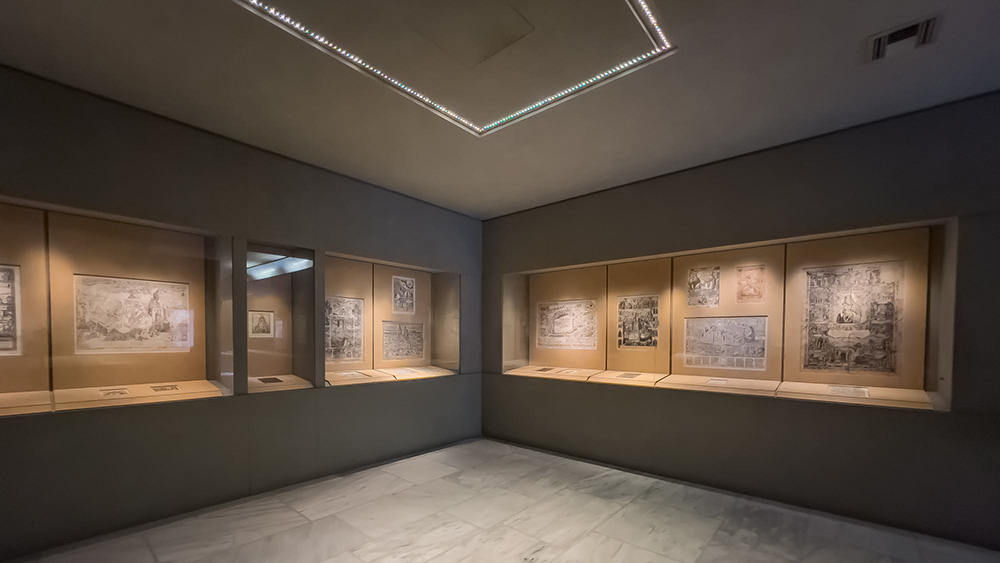 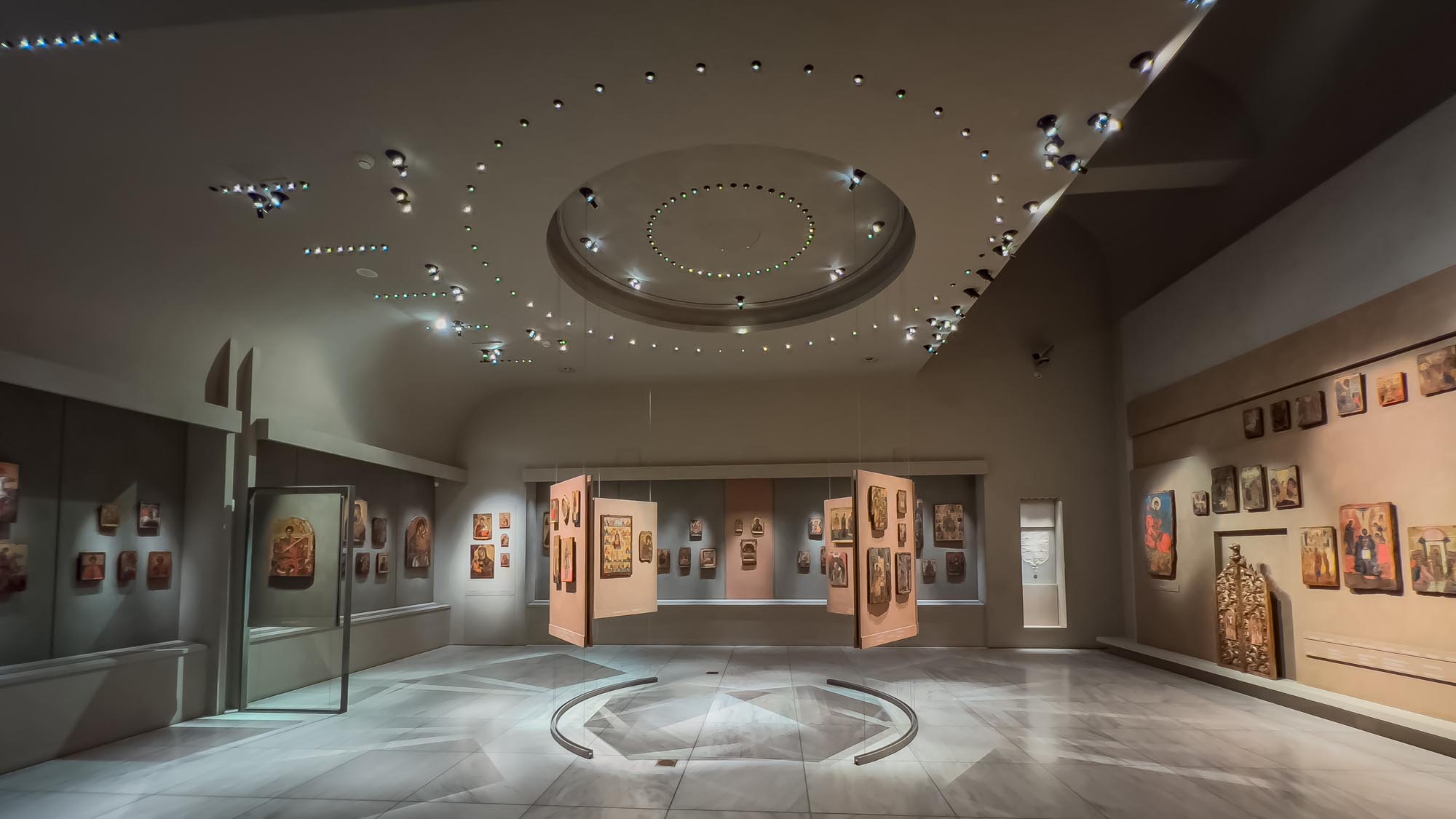 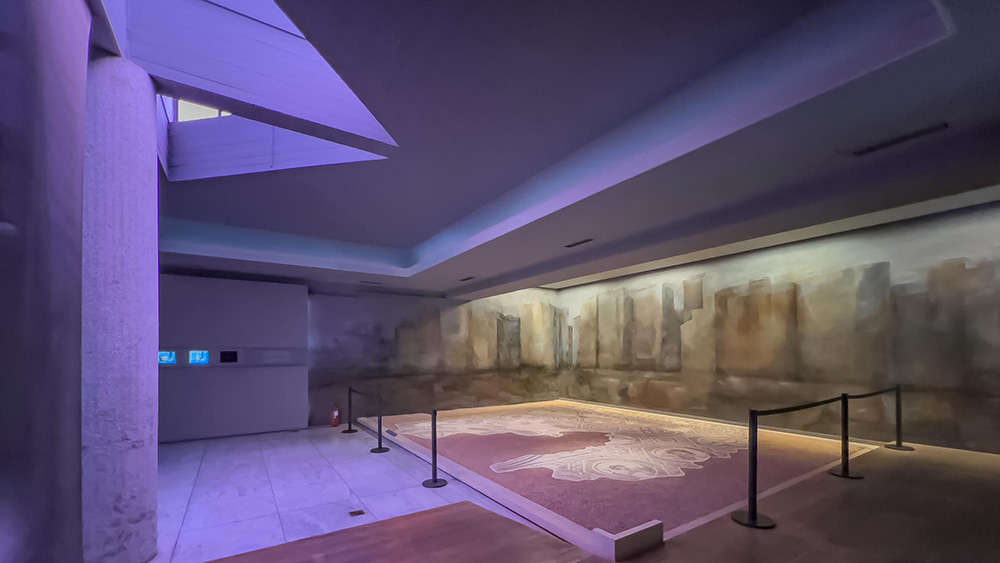